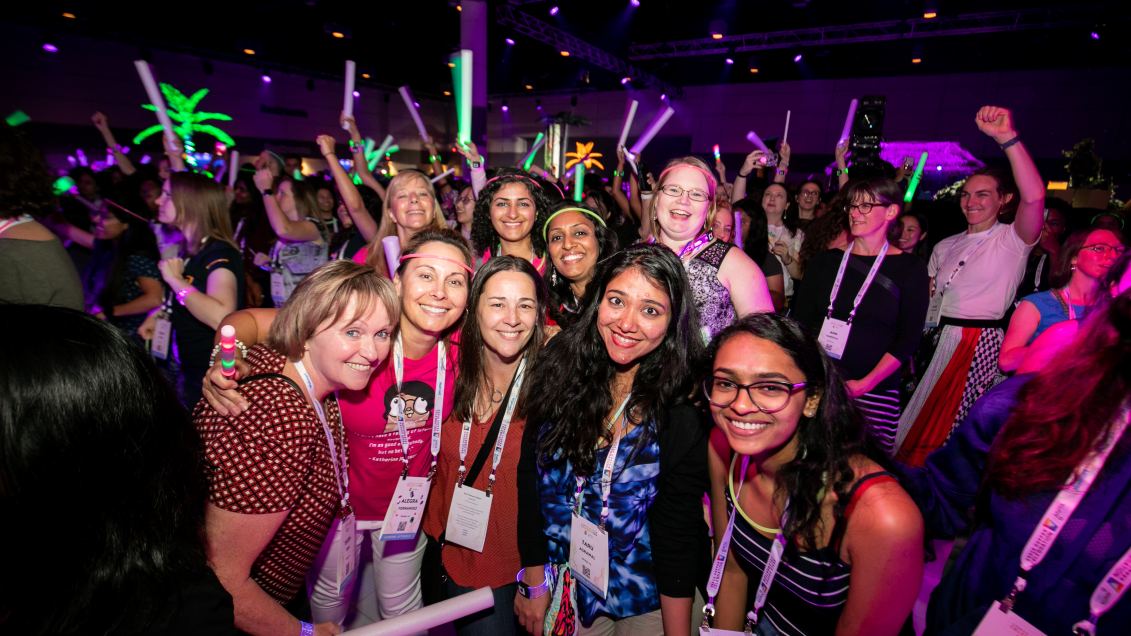 Learn how it all began… Who was Grace Hopper?

An important and influential pioneer in the history of tech, Rear Admiral Grace Hopper was one of the first women to receive a doctorate degree in mathematics. Her expertise allowed her to join the U.S. Naval Reserve during World War II to work on the Mark I computer. After the war, she remained in the U.S. Navy as a reserve officer, working with the more advanced Mark II and Mark III computers.

Grace also helped create the first compiler for computer languages, and was the first female recipient of the National Medal of Technology in 1991. In 2016, she was posthumously awarded the Presidential Medal of Freedom for her many contributions to the field of computing. What is Grace Hopper Celebration?

To honor Grace Hopper’s legacy and inspire future generations of women in tech, Dr. Anita Borg and Dr. Telle Whitney founded Grace Hopper Celebration (GHC) in 1994. The AnitaB.org flagship event brings the research and career interests of women in computing to the forefront, and highlights the contributions of women to the tech world.

The Celebration results in collaborative proposals, networking, and mentoring for our attendees. GHC presenters are leaders in their respective fields who recognize the importance of diversity in tech. The Celebration also offers professional development through a variety of activities. Today, GHC is the world’s largest gathering of women technologists, where women from around the world learn, network, and celebrate their achievements.

AnitaB.org co-presents GHC with the Association of Computing Machinery (ACM).

AnitaB.org is a nonprofit social enterprise inciting a movement to achieve intersectional equity in the global technical workforce by 2025. AnitaB.org/365 programs empower women and under-tapped communities in technical fields, guide the organizations that employ them, and support the academic institutions training the next generation. Founded in 1997 by our namesake, computer science visionary Anita Borg, and her co-founder and fellow computer scientist, Telle Whitney, AnitaB.org is driving a future where the people who imagine and build technology will mirror the people and societies for whom they build it.

Hear from experts and industry leaders who are voices of our community. View Speakers

See all we had to offer for the 2021 Celebration! View Report